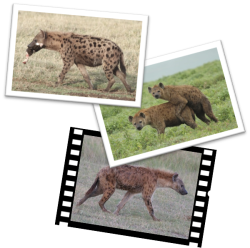 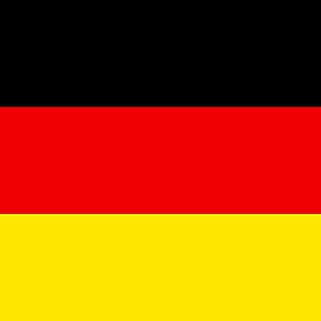 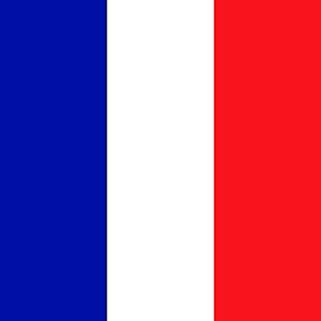 The impact of diseases

Spotted hyenas are renowned for their exceptionally effective immune system. They survive most severe injuries and are immune to diseases such as canine distemper and anthrax that are deadly for other species. In August 2001, we noticed a young spotted hyena, Vimba, with severe external signs of a disease that had not previously been described in spotted hyenas. Signs included a large, unilateral swelling of the head that became localised at the mandibular angle and developed into a pronounced abscess. These signs resembled external signs of a widespread bacterial infection of the upper respiratory tract in domestic horses that causes the disease termed ‘strangles’ or ‘equine distemper’.

Between September 2002 and February 2003 an epidemic spread occurred. We observed a sudden steep increase in the number of hyenas with signs of infection similar to those of Vimba (who survived). Our examinations revealed that the Crater hyenas were infected with the pathogenic bacterium Streptococcus equi ssp. ruminatorum, a subspecies of the bacterium that causes strangles in horses. We additionally discovered that not all hyenas that carried the bacterium were symptomatic, that is, expressed external signs of infection. 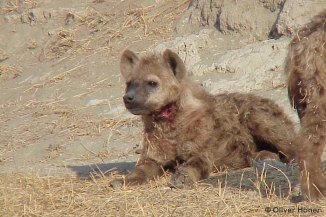 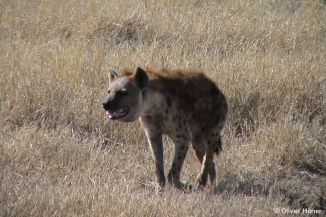 Where did the pathogen originate from?

Two bacterial strains — a virulent and a non-virulent strain — coexist in the hyena population. We sequenced the gene of a major virulence factor of the bacterium, the M-like-protein, isolated from tissue samples of symptomatic and non-symtomatic spotted hyenas as well as other herbivores and carnivores living in the Crater and surrounding areas. We found that the gene sequences of the strains of the bacterium isolated from hyenas that expressed signs of infection differed from the sequences of the strains isolated from non-symptomatic hyenas, suggesting the coexistence of virulent and non-virulent strains among spotted hyenas.

What impact did the outbreak have on the Crater hyena population?